skip to main | skip to sidebar

We went to the Lehi pool during the day on New Years Eve, we always have so much fun at this pool. Quincee seemed to enjoy the water. I think she got a little cold but she never complained. I think we might have another little fish on our hands! 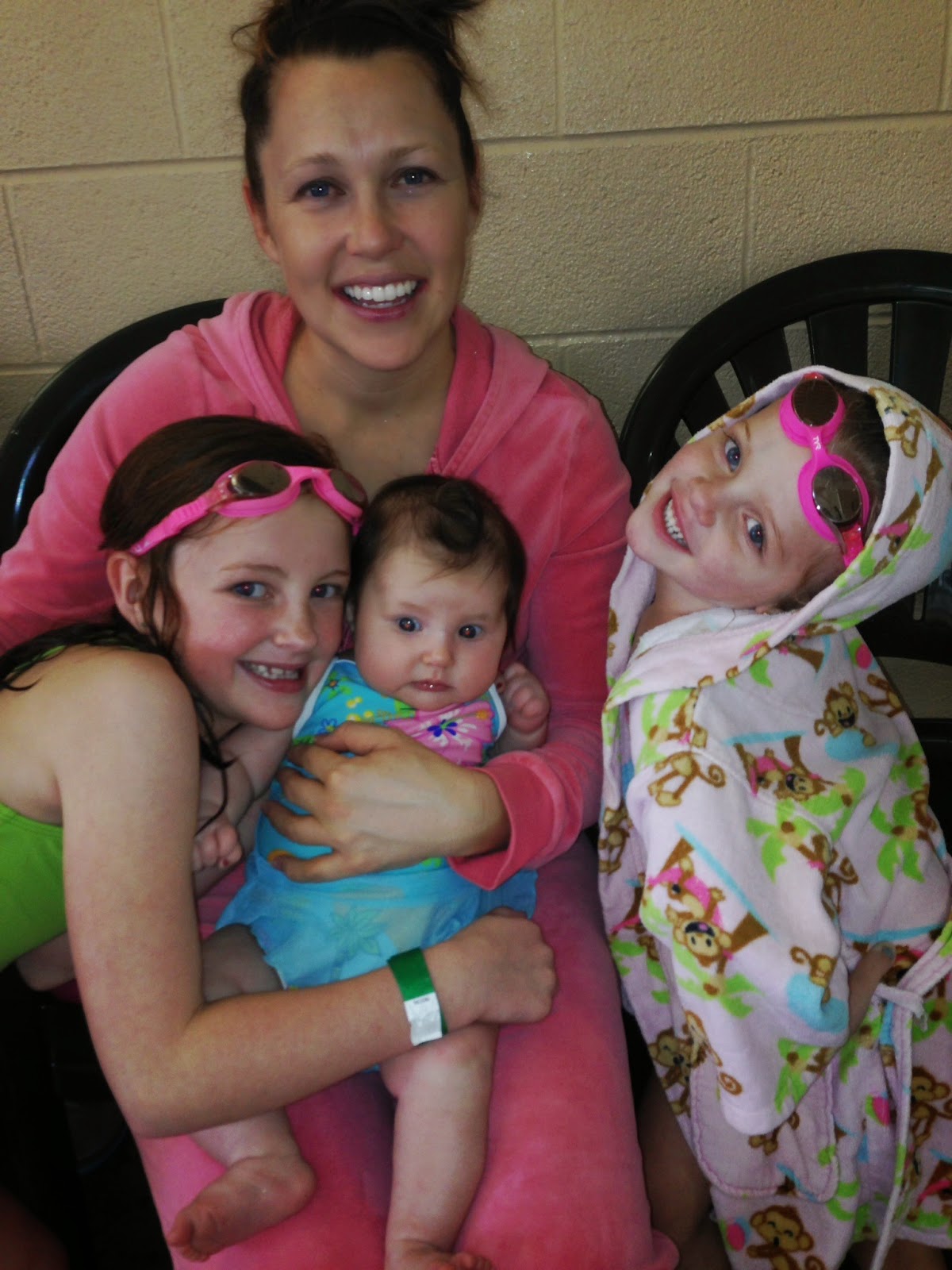 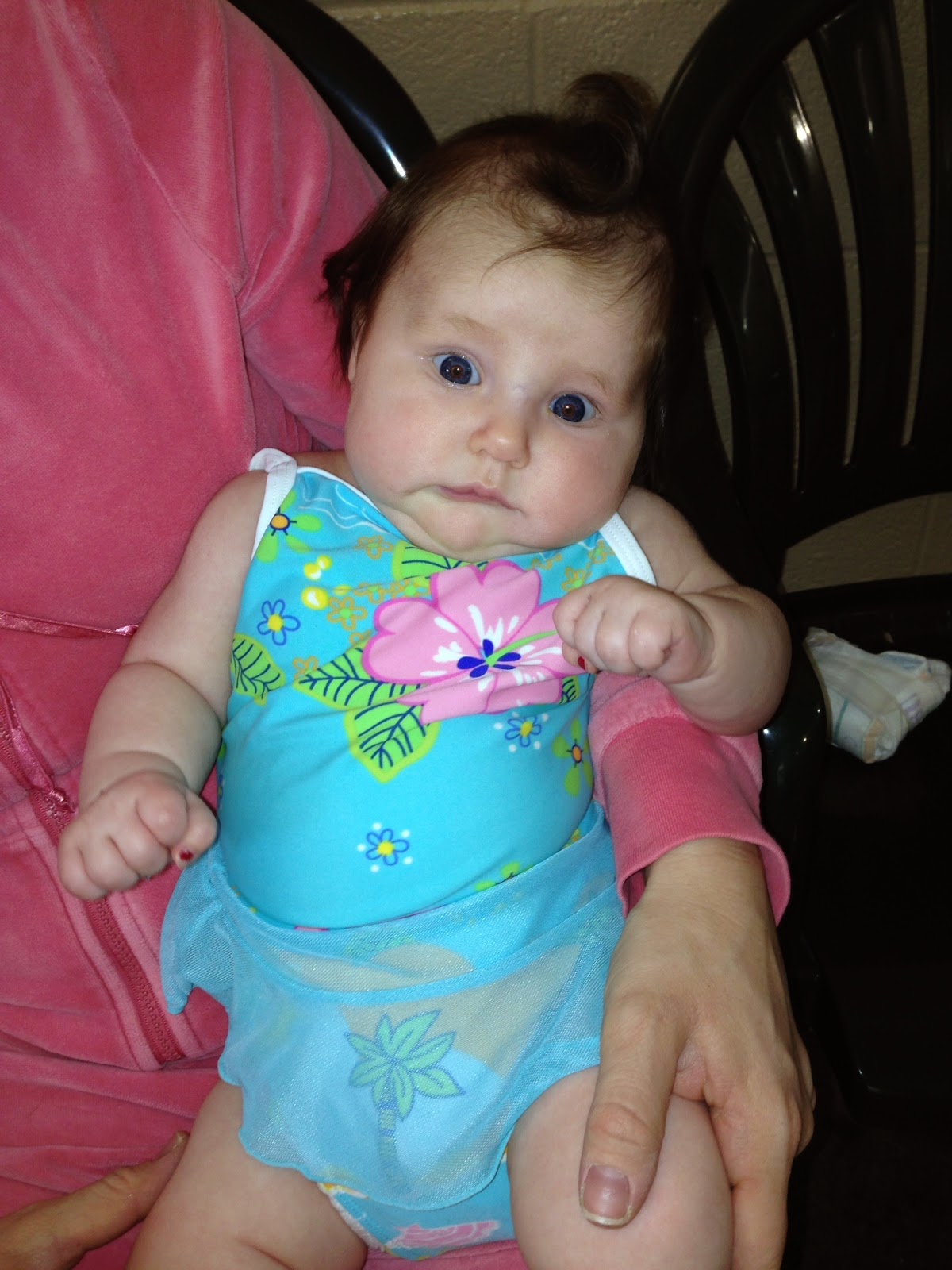 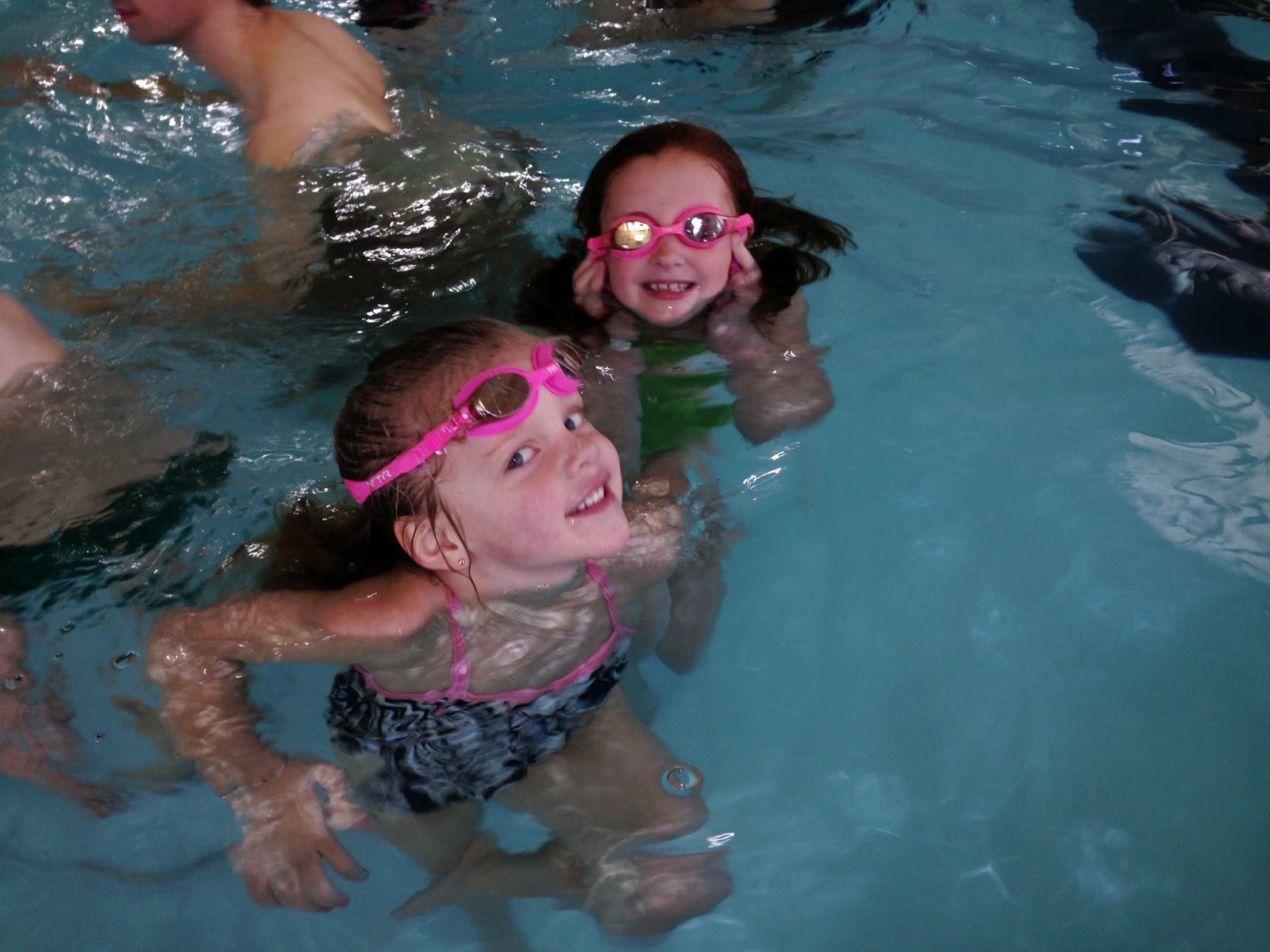 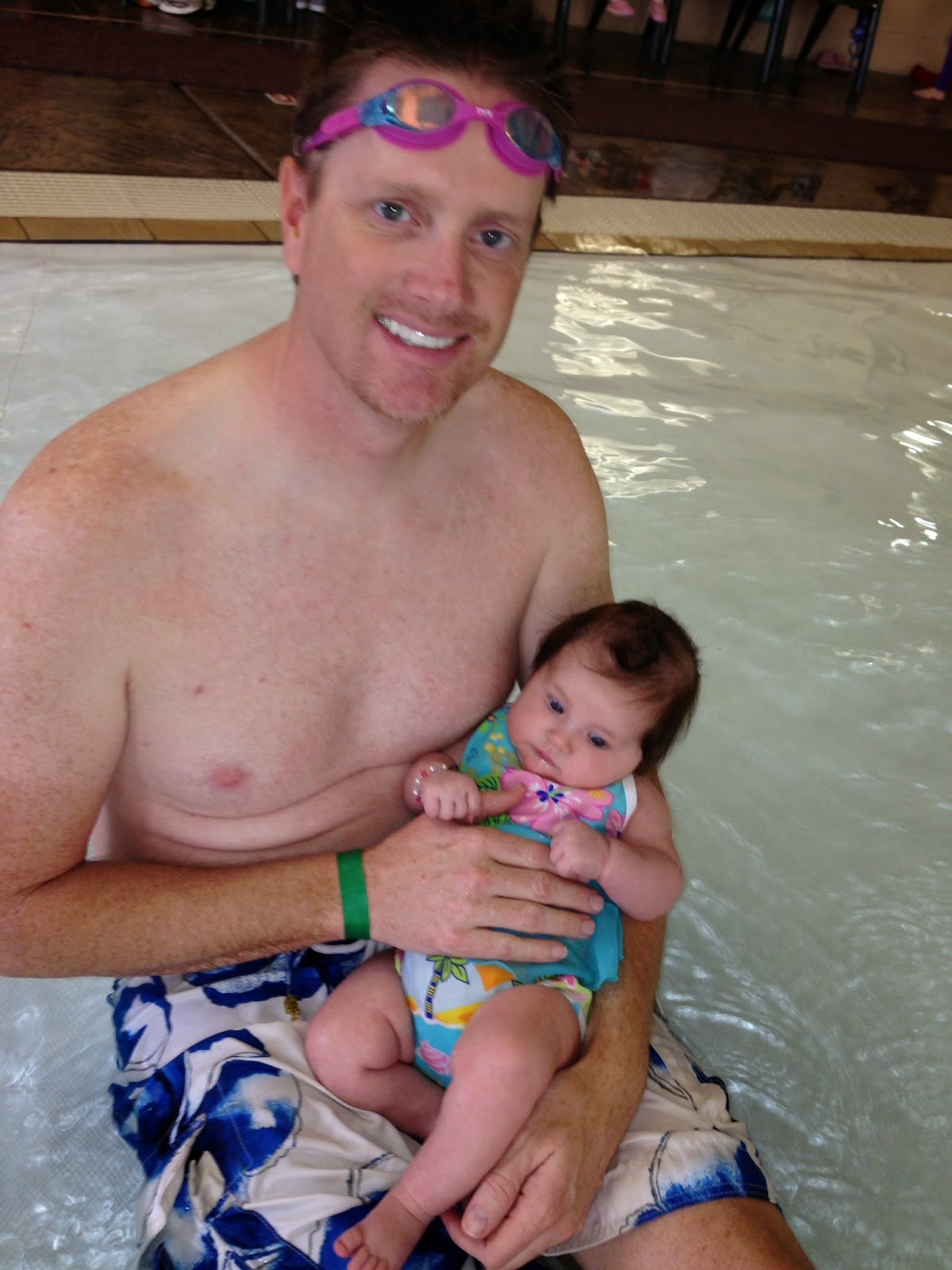 Posted by Brandalyn at 4:23 PM 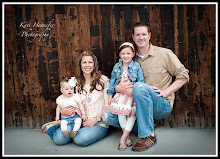 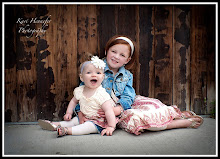 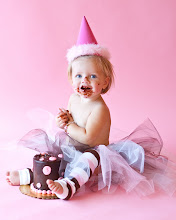 10/31/12 Anastyn did not want to go to sleep tonight, probably a result of too much trick or treating candy. As I'm trying to get her to stay in bed she says to me "I need to tell you somethin," I say "what" and she proceeds to tell me nothing really. Than she says "I need to tell dad somethin." I said that she could tell me and I would tell him. She says "dad, is a good worker!" Than she says "I love him this much," and she spreads her arms out as wide as they can go!" Love this girl even if she won't go to sleep at night!

04/03/11 We were talking to Taeya about Noah's Ark and the flood, and she said "that was good cause the whole Earth had a big drink of water!"

02/19/11 Taeya was giving her penguin a little checkup with her doctor kit. She took the blood pressure and then said "just what I suspected." Gordon laughed and said, "you're going to be a great doctor someday." Taeya looked at him and said "I don't want to be a doctor, I want to be a paper maker."

12/2/10 Taeya and Brielle were playing and Taeya didn't want to share her princess castle. I was trying to help her share and she said to me "mom you're ruining a princesses dreams."

10/21/10 Taeya was down stairs watching a halloween movie with Gordon. I went to get her to take her to bed and this is what she said to me: Taeya: "That girl turned itno a girafica (Dracula) but it was just pretend."

05/24/10 Gordon and Taeya were watching princess and the frog. She was watching the part where she kisses the frog and he is supposed to turn into a prince. Taeya looks at Gordon and says, "I'd kiss a frog if I turned into a frog!" Funny how she didn't want to become a princess, just a frog!

04/30/10 Taeya: "When I growed-up, i'll never be mad to my kids and if they want candy i'll listen to them and give them candy." (This came totally out of the blue while we were driving, it made me wonder if I wasn't being nice to her that morning?!)

03/22/10 While we were at the salon fixing Taeya's hair that she and Brielle cut, I noticed that Anastyn had her first tooth. A cute little bottom tooth. She hardly complained, she seemed a little more mellow than usual, but not fussy at all. The second bottom one appeared a week or so later.

03/18/10 Taeya was talking to Gordon on the phone, she had all sorts of things to talk about, but this comment made me laugh out loud. She said "Dad, Kimball's leg is all better, that's good, for heavens sake!" (Kimball broke his femer on New Years Eve and Taeya was amazed that it was all better).

02/17/09 We are driving in the car and I am trying to put Anastyn's binki in her mouth. Brandalyn to Anastyn: Where is your mouth? Taeya: Right in the middle. (She said this in a very serious tone!)

01/25/10 We were driving home - on canyon road: Gordon: Taeya, help me watch out for deer. We don't want to hit one. Taeya: But we could take it home and it could be our pet, we don't have any pets.

01/14/10 Anastyn rolled from her belly to her back for the first time.

01/12/10 Anastyn rolled from her back to her tummy for the first time.

12/23/09 Anastyn laughed for the first time. She was watching Taeya jump on the tramp and obviously thought it was quite funny!

11/15/09 Taeya: "Dad, do yous bracelets hurt?" (Does his braces hurt!) She is always so concerned about them, she says she wants some "bracelets" on her teeth.

10/31/09 We were trick-or-treating and decided it would be fun to visit Brother and Sister Anderson's house (Tayea's nursery teachers) but we didn't know where they live, Taeya said to me "maybe they live at the church!"

10/17/09 Taeya: "Mom, I is freezing cold." (This is a common statement around the house, apparently she is always cold)!

10/12/09 Anastyn had her first taste of candy today when Taeya so nicely offered her a taste of her ring pop! I think Anastyn liked it!

10/11/09 We are frantically getting ready for church on Sunday and Taeya was playing in the room while we were putting the blessing dress on Anastyn. Gordon says to the baby "now don't poop in your pretty new dress," and Taeya responds "okay!"

10/10/09 Gordon and Taeya were driving in the car and a man came on the radio, Taeya commented that the man was the prophet. Gordon asked her what the prophets name is, and she told him, a minute later she said "we should name our baby President Monson, that's a pretty name."

09/30/09 I took Anastyn to her 2 week checkup and thought Taeya should come and get a flu shot while we were there. I prepped her all morning long for getting a shot, she told me "she wouldn't even say ow!" (Which is the only thing she said when she got her shot at her 3 year check-up). They didn't have enough flu shots at the doctors office to give her one and she was so upset. The nurse offered to give her a shot of saline and Taeya would have let her, but I didn't think it was a good idea. She finally settled for a sparkly star bandaid instead.

09/26/09 Gordon took Taeya swimming at the Lehi pool. She went on the big tube slide several times with Gordon. One of the times the turned a corner and Taeya bonked her head on the side of the slide. When they got done Gordon asked Taeya if she wanted to go again and she said, "Yes, but don't drive crazy!"

09/17/09 The day we brought Anastyn home from the hospital I said to Taeya, "what do you think of your new baby?" She enthusiastically answered, "I think it's great!"

09/01/09 Taeya and I went to meet her preschool teacher today. After we walked out of the classroom, she said "hey, I didn't learn my letters!" I guess she knows what she is going to learn at school this year!

08/19/09 On the way to my doctors appointment Taeya was talking to Gordon on the phone telling him we had a lot of doctors. (She has gone to a lot of OB appointments with me and she had recently gone to her 3 year check-up). Gordon asked her if she wanted to be a doctor when she grew up and she said, "No, I want to be a lady!"

08/13/09 Taeya and I drove by a man holding a sign advertising for 99 cent tacos. He was wearing a large cowboy/somberero. Taeya said "mom, there's a cowboy!" I didn't really want to argue with her about whether is was a cowboy or not so I just agreed. I minute later she said to me, "hey, cowboy's don't hold signs, they ride horses!"

08/9/09 On the way to church I was getting mad at Gordon for driving too slow, and he said a little sarcastically, "I love church," and Taeya said "Me Too!" (Although she wasn't being sarcastic)

06/10/09 It was a cooler day and Taeya told me she was cold and wanted her witch costume on. We put the costume on but not 5 minutes later, she came to me and said, "I need to change, it's freakin' hot!" Of course she quickly found a swimsuit to put on instead.

05/24/09 I told Taeya that we were going to go run errands, so we get to the first store, I think it was Cooks Nursery, and she said, "Is this errands?"

04/7/09 Gordon's sister, Angie, is in town from Washington. When Taeya was born she made her a Winnie the Pooh blanket that she loves recently. We told Taeya to tell her thankyou for the blanket. When she did Angie said, "you're welcome sweatheart." Today she said to me "I not a sweatheart, I a Taeya!"

03/15/09 Once again in the middle of the night, I put Taeya in bed with me, this time she said to me "thank yous for sharing yous bed with me!"

03/14/09 Taeya and I were in Idaho visiting my sister. Taeya woke up in the middle of the night and I put her in bed with me. I had my watch on and when I put my arm around her back I scratched her a little bit (she insisted on wearing a sleeveless dress to bed). She said to me "owe that hurt, I a special, special girl."

02/24/09 On the way out of the Disneyland park Gordon was holding Taeya and she said "I need a nap at night time." She quickly fell asleep on his shoulder after that.

12/08 Anytime Taeya does anything she thinks you will like she look at you and says, "Whatchu Think?" (What do you think?)

11/13/08 Taeya had on a pair of leggings that got a little hole in them. She looked at the hole and said "daddy fix it?" She thinks he can fix anything!

10/5/08 We were driving in the car and Taeya was playing with a toy phone. She had it up to her ear but didn't say anything for at least 10 minutes. I finally asked her who she was talking to, and she said "Grandpa," I asked her what Grandpa was saying and she said, "trick or treat!"

08/18/08 Last night Taeya found out how to climb out of her crib! She was talking to herself (hm, I wonder where she got that?) I could hear her through the door saying, "Careful Tae-ya" over and over. Curious I opened the door and she was teadering the bar of her crib avoiding a disaster!